Aside from the ceremonial signing of “Phase One” of the U.S.-China Trade Deal, this past week was seemingly uneventful. The U.S. Senate passed the United States- Mexico-Canada Agreement (USMCA) and it is currently awaiting President Trump’s signature. Things between the U.S. and Iran in the Middle East have calmed down and stocks have continued their climb to all-time highs on the back of better bank earnings.

The World Economic Forum’s annual meeting will be held this coming week in , beginning on Wednesday. Many world leaders and large companies attend this event, , and it may be good for some potentially market-moving soundbites.

With many of the political and geopolitical events on the sidelines (for now), the markets next week are likely to begin focusing once again on central banks, macro-economic data and earnings.

In addition, macro-economic data highlights for next week are as follows: 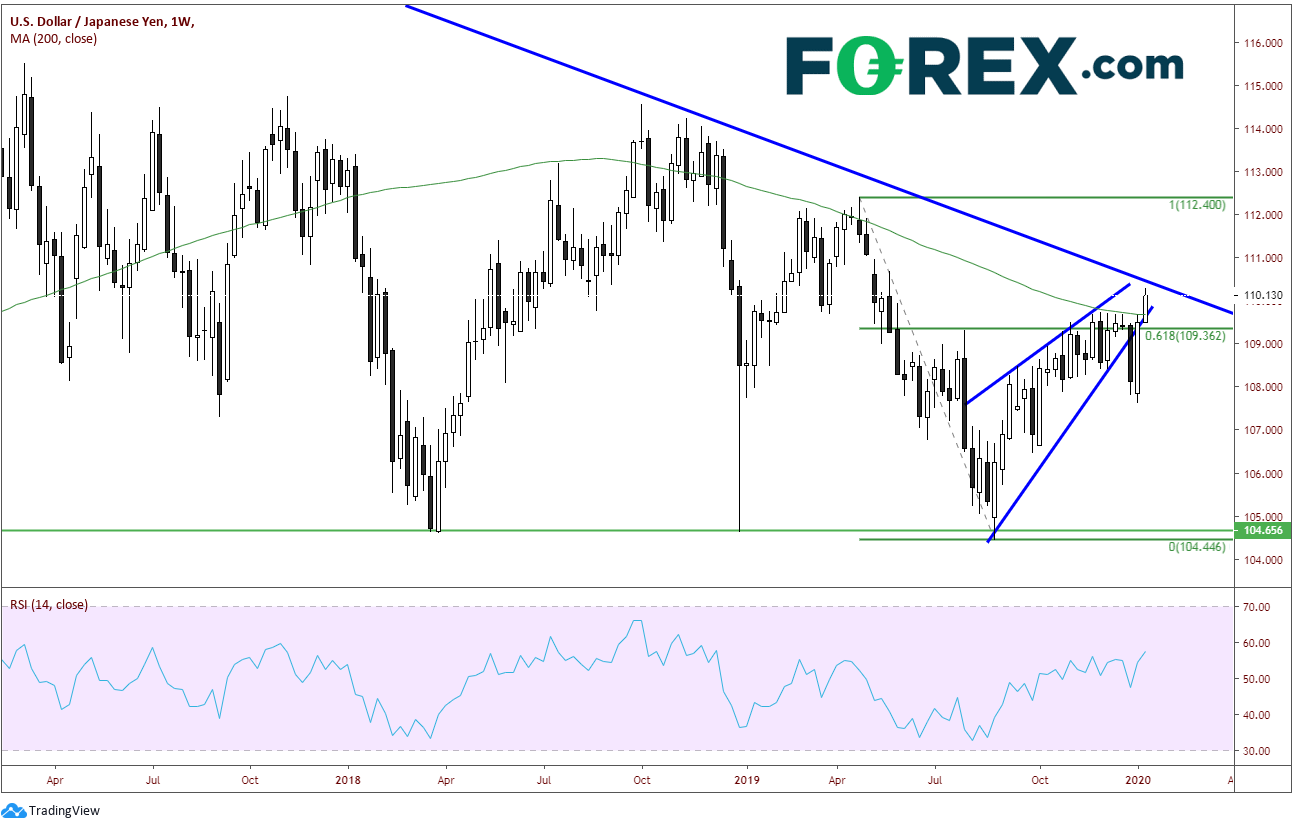 As stocks continue to put in new all-time highs, is moving right along with them. During the first week of the year, price put in a bullish engulfing candle after a false breakout out of the rising wedge. Last week, USD/JPY squeezed above strong horizontal resistance and the 200-week moving average near 109.70. The pair is currently approaching a long-term downward sloping trending dating back to mid-2015.

What are Safe-Haven Assets & How to Trade Them

Safe-haven assets are an essential antidote to economic downturns. They represent the markets that can protect traders and investors from losses when equities fall. Continue reading for our guide on the best safe-haven assets to […]

At first the app may be a bit confusing so I did make this beginner friendly. This video I do a quick, easy, detailed walkthrough on how you can use the Metatrader 4 app. Join […]

Learn How To Trade – Forex Update: Starting the Week with an Overview for USD Pairs

To Get Ross’ Free Forex Update Analysis and Learn How To Trade – Click Here: http://mytotalsupport.com/cpv/base.php?c=86&key=fd5d14f7ec45b14d31a944108238114b&ls=youtube&keyword=learn_how_to_trade&ad=BTVnzwNHIpY But significant pullback. Significant run back higher off of the blue-shaded area and the black trend line. Last week, […]