We got what we have been looking for Wednesday with the breaking its narrow trading range and providing a profitable movement for short traders. The currency pair broke below the symmetrical triangle formation (stated in our analysis from 28/10/20) and dropped to a daily low of 1.2916, the current short-term support area.

The extended its slide and fell below 11500. No support area could halt its decline until now and given the new coronavirus lockdowns by the euro region’s biggest economies traders should generally expect further losses. Dropping below 11400, lower targets could be at 11300 and 11000.

Today all eyes will turn to the . Most economists and investors still think the ECB will wait until December to expand its bond-buying program and precisely this expectation poses a risk for surprise action today.

Most market participants expect ECB officials to send a clear message that they will do more in December when they will have updated economic projections but if the dramatic shift in risks with new coronavirus lockdowns pushes the central bank to act earlier than anticipated, we could see a big reaction in the .

In short, if the ECB announces preemptive monetary stimulus as early as today, we will see a big market movement with the euro possibly breaking its current trading range (see chart). However, the more likely scenario is a dovish hold until December, which could either leave the euro unaffected or send it lower.

The ECB rate decision is at 12:45 UTC, followed by the ECB Press conference 45 minutes later. Traders will also watch the U.S. GDP release at 12:30 UTC, which could have an impact on the U.S. dollar and thus all dollar crosses. 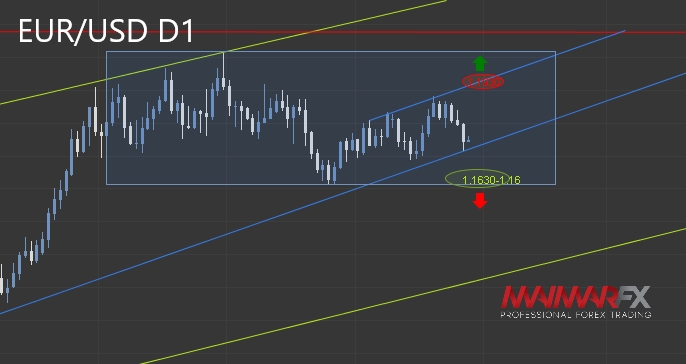 Disclaimer: All trading ideas and expressions of opinion made in the instructions are the personal opinion and assumption of MaiMarFX traders. They are not meant to be a solicitation or recommendation to buy or sell a specific financial instrument.

The and rewrote highs on Wednesday but soon turned down and continues to do so Thursday morning. The media associate the correction with the cautious forecasts of the Fed. However, on the contrary, this should […]

Biden widens gap against Trump, why that may trigger a market bounce

A batch of polls conducted after the dust settled from party conventions show Biden enlarging his lead. President Trump may push for a larger fiscal package to increase his chances. Markets have room to rise […]

Bitcoin had a rather unproductive week of trading as it declined from about $17,750 to where it’s currently at $11,500, losing about 2% in the process. However, the last seven days were not without their […]

Chart Of The Day: EURNZD

found support at a long term 88.6% Fibonacci retracement, which the pair has rallied from the last couple sessions. Previous support was at the 1.7150 level in July and a decisive break back above the […]

Ethereum is holding firmly to the ascending parallel channel’s lower boundary support. The breakdown to the 50 SMA will be validated if Ethereum closed the day under $600. Ethereum recently reclaimed the position above $600 […]

WTI seesaws around $46.38-63 after rising to the fresh high since March 2020. Confirmation of the bullish chart pattern, lack of overbought RSI favors the oil buyers. 200-bar SMA offers key support, pullback moves can […]

[PRESS RELEASE – Please See Disclaimer] To build a blockchain-based application, for example, a multi-currency wallet or crypto exchange, an individual or a company usually has to deploy and maintain several blockchain nodes. However, not […]