During yesterday’s Asian session, Japan’s Prime Minister Shinzo Abe and his cabinet approved another ¥117T (USD $1.1T) stimulus package including subsidies to help firms pay rent, financing help for struggling companies, support for local economies, and health care assistance. This agreement matches the country’s stimulus package from April, bringing the combined total to a whopping 40% of Japan’s GDP as the country tries to limit the long-term fallout from an expected -20%+ decline this quarter.

In what’s become the typical response to Japan’s incomprehensibly massive stimulus measures, FX traders mostly shrugged off the developments as “more of the same” from the developed world’s most heavily-indebted developed country. As of writing, is trading up slightly on the day to reapproach key resistance at its 6-week high near 108.00: 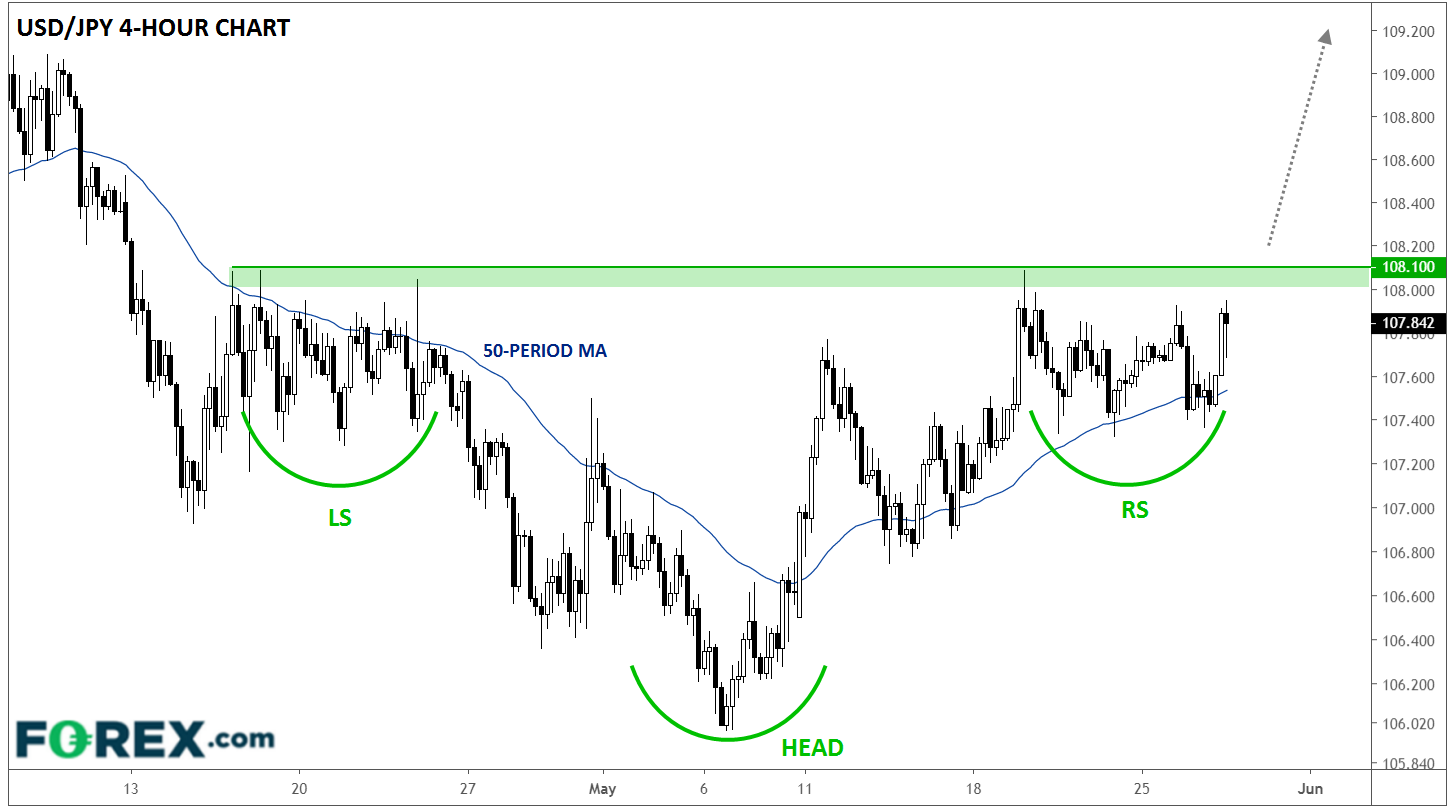 As the chart above shows, the 108.10 level represents the “neckline” of an inverted head-and-shoulders pattern. For the uninitiated, this pattern shows a transition from a textbook downtrend (lower highs and lower lows) to an uptrend (higher highs and higher lows) and is often seen at significant bottoms in the market.

That said, the pattern will not be confirmed until/unless rates can break above the 108.10 level. If we do see that bullish development, readers could consider bullish trades, with the potential for a “measured move” rally up toward 110.00 in time, though the early April high at 109.35 (not shown) may also serve as resistance. On the other hand, a drop below Friday’s low at 107.35 would invalidate the setup and point toward a deeper drop to the upper-106.00s or lower.

Hello traders, is making a sharp decline and is almost erasing all of the gains from last week, which suggests one thing at the moment; that bears are much stronger. In fact, we can see […]

GBP price, FTSE 100 news and analysis: GBP/USD is modestly firmer in early European trading as Chinese efforts to boost its economy to counter the impact of the coronavirus help steady nerves. Moreover, the FTSE […]

CIRCULARS TO ISSUERS: C388 Issuers – Obligations arising from the Auditors' Law of 2017 for Public Interest Entities – Submission of data for the composition of the audit committee (in Greek)

CIRCULARS TO ISSUERS: C388 Issuers – Obligations arising from the Auditors’ Law of 2017 for Public Interest Entities – Submission of data for the composition of the audit committee (in Greek) Source link

This elevator ride keeps zooming higher, almost like the market is scrambling to get back to where it was before the crisis began. We’re up more than 40% from the late-March lows, and stocks have […]

VeChain is back in the spotlight after proving its utility in a wide range of industries. As the company behind the token scored a new partnership, the price of this token seems poised for a […]

Via DocHub, over 100 Swiss banks utilising Finnova’s core banking software will be able to get access to documentation they need to remain compliant with FinSA. Swiss financial data expert SIX is extending the DocHub platform […]