Remember when “US-China trade tensions easing/escalating” was used as an explanation for every market movement back in 2018?

We’re not nearly back to that point yet, but geopolitical tensions between the planet’s two largest economies are once again on the rise, weighing on global risk appetite. The latest point of contention is the announcement of a new security alliance between the US, Britain, and Australia to help equip Australia with nuclear-powered submarines. Predictably, Beijing saw the decision as a “highly irresponsible” move that would severely damage regional stability and jeopardize efforts to halt nuclear-weapon proliferation.

The latest hubbub comes after a tumultuous start to the Biden Administration, where the US has called out China over human-rights abuses in the Xianjing region, a crackdown on democracy activists in Hong Kong, and cybersecurity breaches. Meanwhile, despite a call between Presidents Biden and Xi earlier this month, the two sides are nowhere near rolling back the tariffs that kickstarted the “trade war” three years ago. Indeed, the Wall Street Journal recently reported that the Biden Administration is considering launching an investigation into Chinese industrial subsidies that could result in even more tariffs between the two countries.

So far, these rising tensions have had a relatively limited impact on markets, but if relations continue to deteriorate, we could see traders take notice quickly. The most important market to watch around this theme may well be , which has spent most of the year consolidating in the mid-6.00s after a steep drop from around 7.20 in the second half of last year.

If the US takes additional actions to curb trade between the two nations, the PBOC may allow the yuan to depreciate in an effort to offset any economic impact. In the short-term, a break above 6.50 in USD/CNH would be the first sign that the pair may be poised for further gains toward its 10-month highs in the 6.60 area: 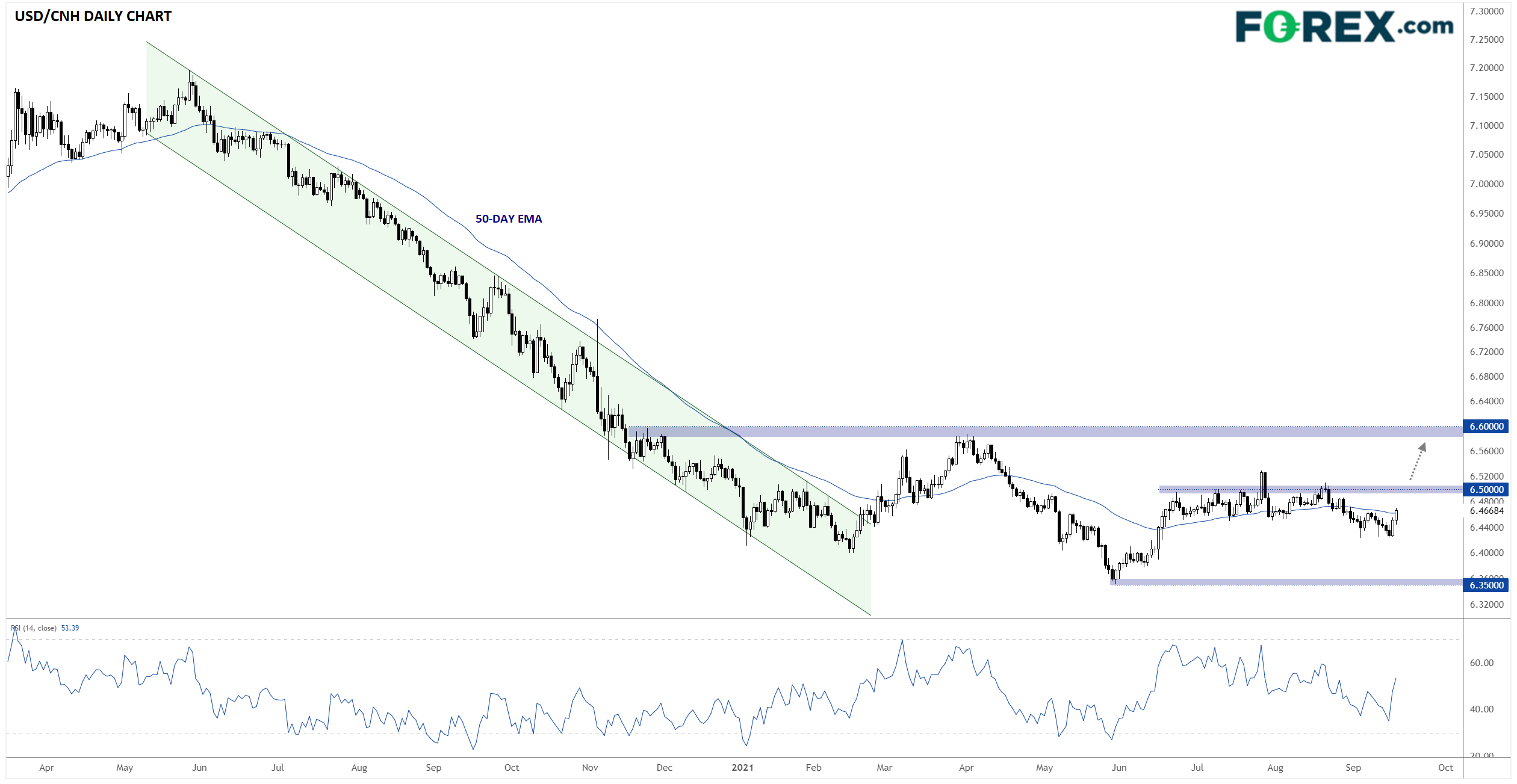 Regardless of what happens with the yuan, the relationship between the world’s two largest economies is worth monitoring closely, and based on the direction it’s been heading in recently, the situation may get worse before it gets better.

Powell Says Rates Will Not Rise On Inflation Fears Alone

The continued to slide against most of its major peers, while equities edged north yesterday and today in Asia, as Fed Chair Powell that they will not raise interest rates pre-emptively solely due to fears […]

Almost a year ago, Alex Saunders of Nugget’s News said Cardano would not have smart contracts ready by this time next year. As that deadline fast approaches, the Alonzo smart contract phase is still in […]