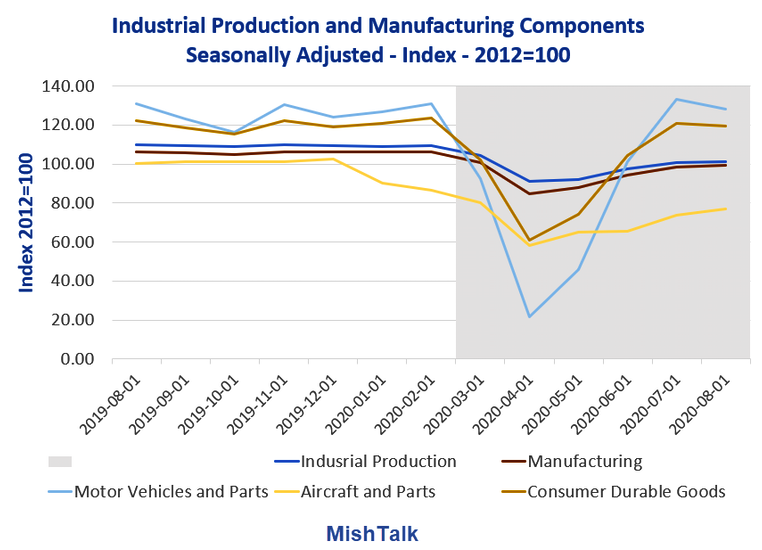 The recovery in has slowed. A sector outlook shows one huge problem.

Auto production took the steepest hit but it has since recovered.

Aircraft and aircraft parts production fell off a cliff and cannot get back up. 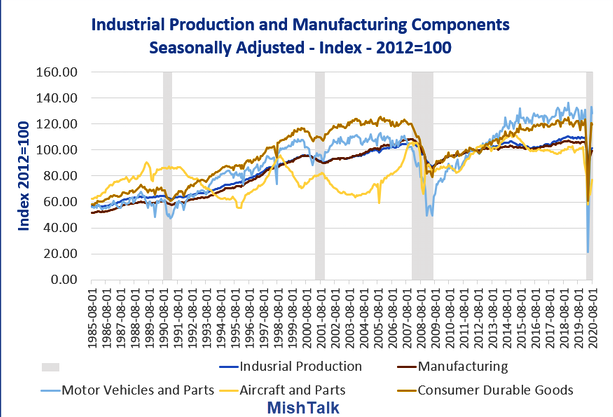 The long-term chart shows the hugely cyclical nature of the aircraft industry, often unrelated to recessions.

Recoveries for autos and aircraft can be lengthy. But in this case, auto production recovered quickly based on the Fed’s Industrial Production report this morning.

Neither Index levels nor percentage moves tell the full story. The pertinent numbers are the actual values of production components. 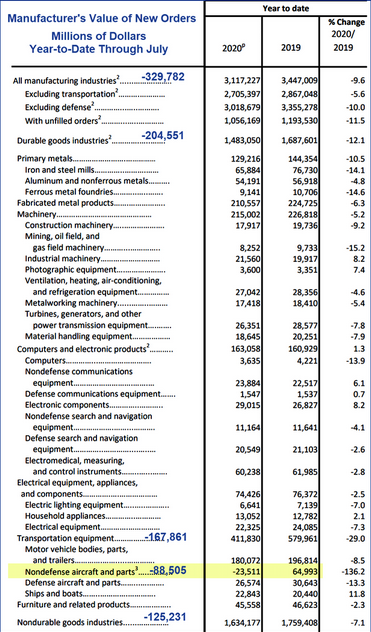 The above image is the right-hand portion of Table 2 in the Monthly Report On Manufacturers’ Shipments, Inventories and Orders for July 2020.

One Huge Problem and Lots of Small Ones

Aircraft is the huge problem but nondurable goods, primary metals, and machinery are more than big enough to matter.

How Long Will It Take For the Airline Industry to Recover?

It’s possible autos have stabilized but I do expect another swoon down as the recovery stalls.

Aircraft is another matter.

The Decade Long Path Ahead To Recovery: Part 2 Depression

The first article in this series,, details the massive accumulation of debt and how it will handicap economic growth in the future. Debt is but one crucial economic factor to consider when assessing economic growth. […]

USD/MXN Technical Forecast: Neutral USD/MXN looks set to resume upside momentum after a volatile week has left the pair pushing above key resistances as a risk-off move returned a much needed bid to the US […]

Fundamental Euro Forecast: Bearish While traders were focused last week on news of vaccines to control the coronavirus pandemic, little attention was paid to news that Poland and Hungary are blocking the EU’s €750 billion […]