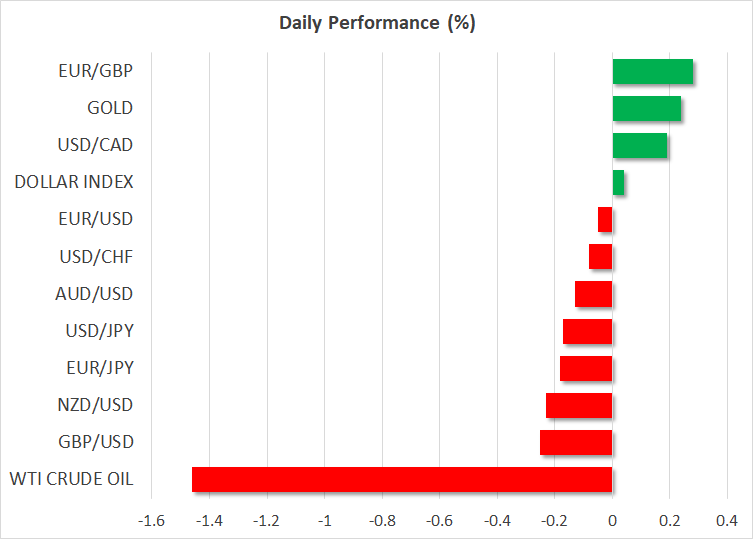 Fed Chair Jerome Powell sought to allay growing worries that the bout of higher inflation is here to stay and that stimulus would have to be dialled back soon when testifying before lawmakers on Wednesday. While recognising that policymakers lack certainty about whether or not inflation will fall back, Powell stuck to the view that the surge is transitory.

Data out on Tuesday showed annual CPI in the US jumped to 5.4% in June, piling pressure on the Fed chief ahead of Wednesday’s and Thursday’s congressional hearings. Despite getting grilled by lawmakers about the Fed’s stance on letting inflation run hot, Powell’s priorities seem to lie with the jobs market. The Fed is determined to get the US economy back to full employment and will hold off from tapering for as long as possible.

Nevertheless, Powell is showing increasing signs of being ready to do a complete turnabout on inflation, hinting that the Fed’s narrative could “flip” if the numbers don’t come down and that policymakers will react if inflation expectations move up in a way that is “troubling”.

But for now, Powell’s lax attitude was enough to put renewed downward pressure on Treasury yields, with markets not expecting the Fed to respond very aggressively even if inflation does end up staying elevated for too long.

The 10-year yield has plunged back below 1.32%, having brushed the 1.42% neighbourhood only 24 hours ago. The US dollar was also dragged lower as a result, sliding against all of its main peers on Wednesday. However, the greenback drew support from some mild risk-off flows on Thursday, halting its decline, while the safe-haven Japanese yen and Swiss franc were broadly firmer.

Disappointing GDP numbers out of China today have dented yesterday’s small boost to sentiment from Powell’s testimony. The Chinese economy grew by a slightly less-than-expected 7.9% y/y in the second quarter, reviving fears that the recovery in the world’s number two powerhouse is stalling.

Monthly data on industrial output and retail sales were somewhat above estimates but not substantially enough to ease concerns about a weakening growth outlook.

While it’s not clear to what extent the slowdown is related to the recent spike in Covid infections in the region, brought on by the outbreak of the Delta variant, the fact that daily cases keep going up in more and more countries is starting to worry investors and is taking the shine off the vaccine-fuelled optimism.

Pound and steadier but lack direction

In other currencies, the pound was choppy but pinned below the $1.38 level amid a flurry of remarks by BoE policymakers over the last day as well as some conflicting economic data. Britain’s inflation rate accelerated more than expected in June but the unemployment rate ticked slightly higher in the three months to May. Like the Fed, BoE Governor Andrew Bailey doesn’t think it would be a good idea to “rush” into making a decision on raising rates, though his deputy, Dave Ramsden, suggested that the current round of QE could be cut short.

The Bank of Canada, meanwhile, took another step towards ending QE by reducing its weekly bond purchases as expected at its policy meeting yesterday. The Canadian dollar firmed slightly after the decision before retreating again on news that Saudi Arabia and the UAE have reached a compromise on an output deal that should pave the way for more oil supply in the coming months. WTI and Crude futures slid to one week-lows.

Mixed mood in equities with focus on earnings

There wasn’t a great deal of cheer in equity markets either, with Asian stocks ending the session mixed but European bourses starting the day in negative territory. S&P 500 futures were last trading flat after marginally closing higher on Wednesday. Nasdaq futures were up 0.4%, however, on track to more than reverse yesterday’s losses and likely boosted by the fresh slump in yields.

Overall, markets seem to be caught between optimism and caution as rising vaccination rates and assurances of ongoing ultra-loose monetary policy are running in parallel with an alarming escalation in virus numbers.

The thickening fog over the outlook could overshadow the so-far encouraging earnings season, which continues today with Morgan Stanley (NYSE:). 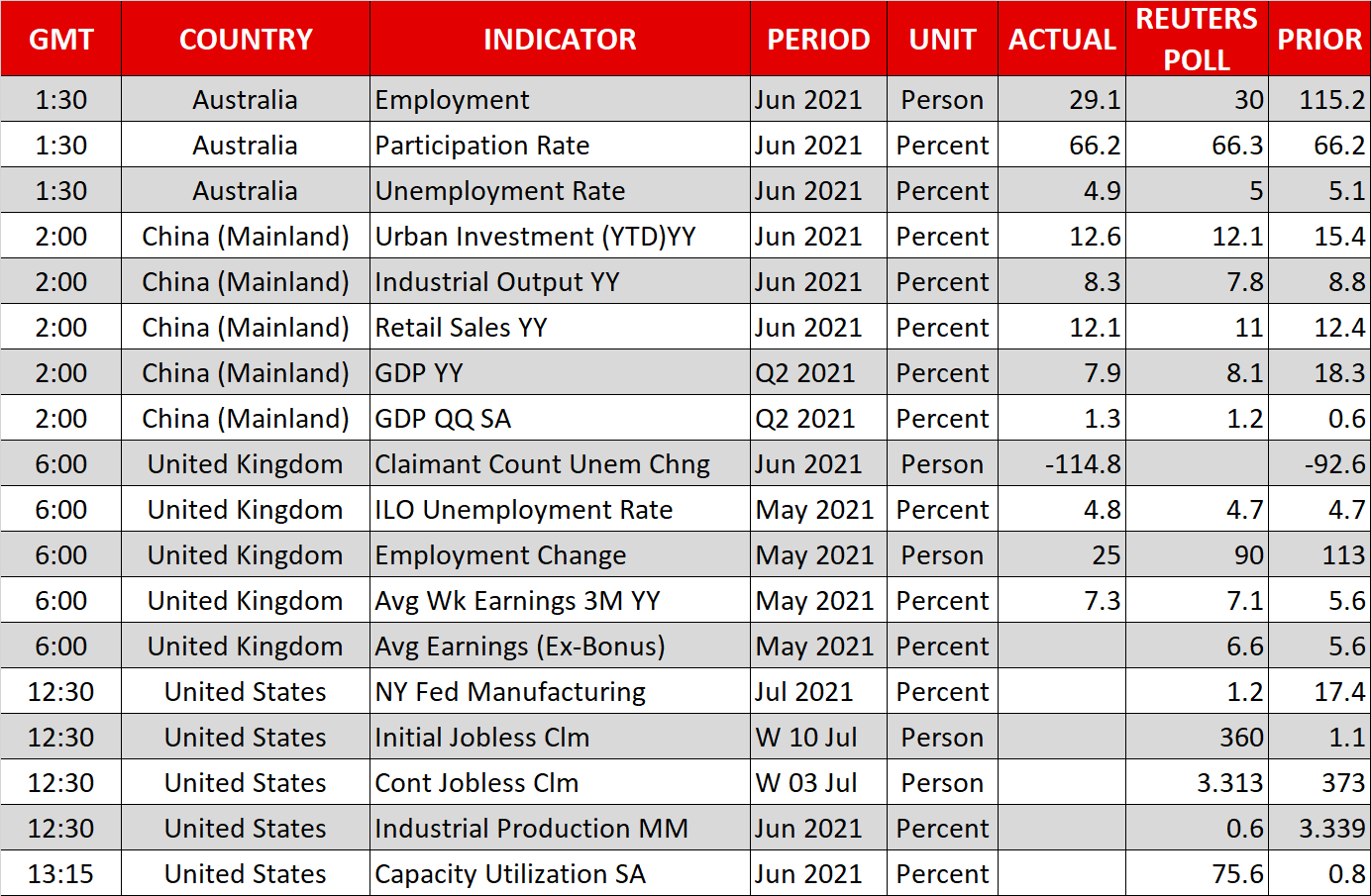 by Adam Button Any illusions that the Federal Reserve would follow the Bank of Canada’s lead were shot down by Powell as he preached patience. , and are leading the gains versus , while and […]

Japanese Yen Talking Points USD/JPY extends the rebound from the weekly low (109.11) as the stronger-than-expected US Retail Sales report fuels speculation for an imminent shift in monetary policy, and the exchange rate may continue […]