Futures on the , and edged lower alongside European shares this morning as investors opted for caution ahead of a week full of events that could shake the market—with key global monetary policy decisions and another deadline for U.S. tariffs on Chinese goods looming nearer.

We expect the market this week , with every bit of news, rumor and nuance about the outlook for a partial U.S.-China deal potentially rocking markets—up or down.

White House economic adviser Larry Kudlow said on Friday the two sides are haggling over the amount of U.S. farm products Beijing is willing to purchase. Meanwhile, fresh trade data showed China’s exports to the U.S. tumbled 23% in November. The question is whether China will take its voters’ pocketbooks into consideration when it sets out its trade requests, or maintain a hard line and and let U.S. President Donald Trump sweat ahead of his reelection bid and amid mounting impeachment calls. 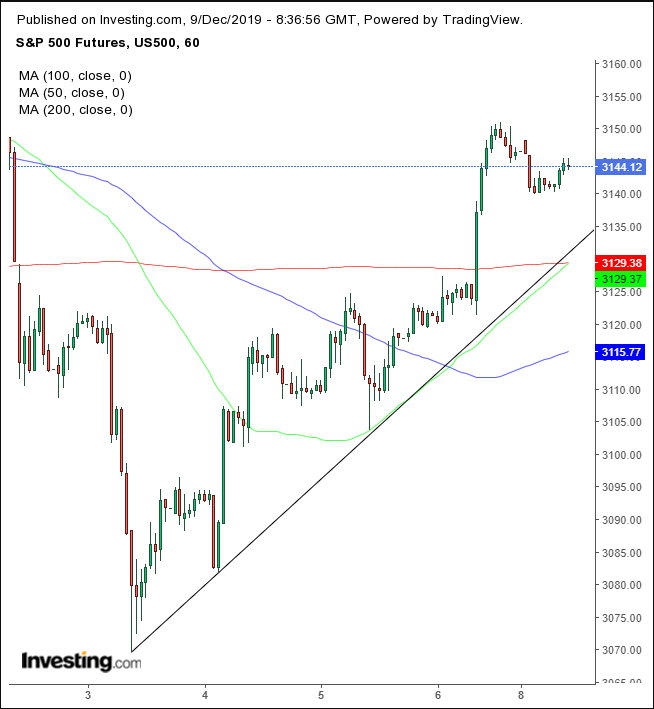 U.S. contracts attempted to build on Friday’s rally—which was favored by an upbeat , something that increases the odds of the Fed on Wednesday—before bucking and joining the global trend lower.

Investors showed signs of losing their nerves ahead of Sunday’s tariff deadlines, which would hit $156bn of consumer goods. Higher levies on these would be immediately felt by consumers, central for economic growth and a key component of the electorate—which makes this round of tariffs a double-edged sword for the U.S. president. Technically, even after the pullback, the week’s trend is still clearly upward.

The , likewise, attempted to rise before it caved, as trade-sensitive technology firms dropped, offsetting gains in—ironically—retailers. 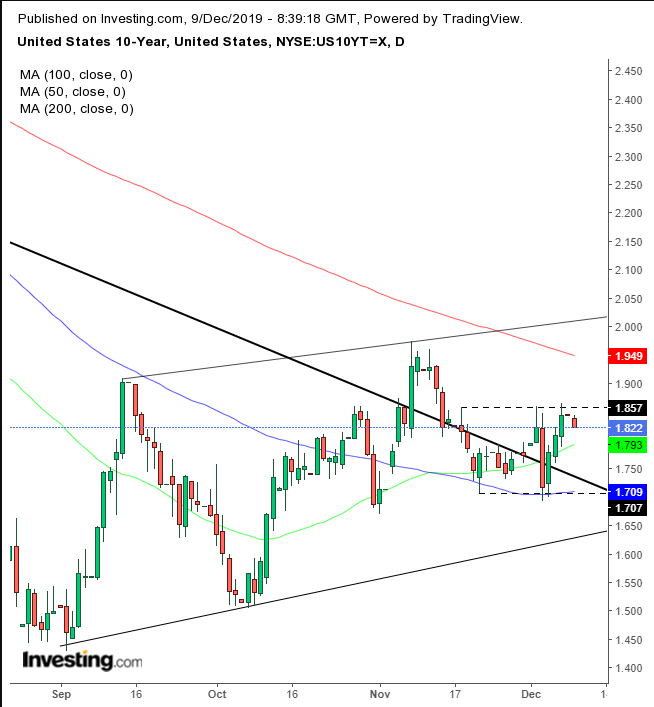 Elsewhere, yields on Treasurys fell, as nervous investors rotated into safe-haven assets. Technically, the range around the downtrend line since November 2018 resumed. 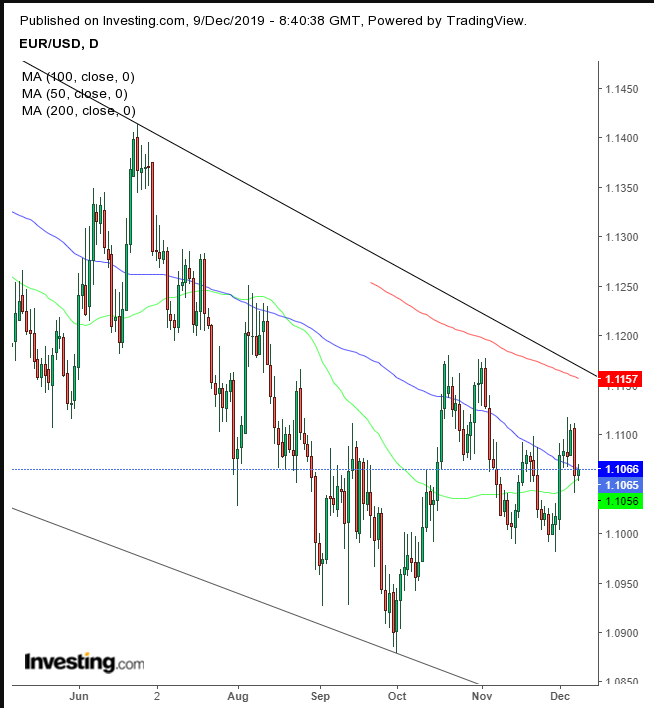 The fell below the 200 DMA, as the bounced above the 100 DMA. In the longer term, however, the EUR/USD is markedly down, as can be seen in the above chart.

The strengthened as polls showed the U.K. Conservative Party on course to win a majority in Thursday’s election, which would likely mean Britain leaves the European Union by Jan. 31. Cable reached the highest price since May 3, struggling against Thursday’s highs.

Markets have just digested the news of progress in U.S.-China trade negotiations, as a new wave of tariff escalation sent the markets down. The lost 1.8% on Tuesday, while the and collapsed more than 3.2% […]

U.S. futures suggest underlying indices will resume their declines from record highs Technicals increase chances of an even sharper correction Oil jumps but meets resistance Bitcoin could be bottoming, potentially joining the […]