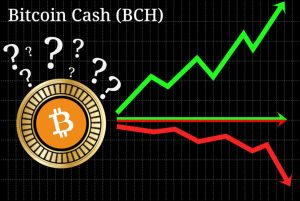 Bitcoin Cash (BCH), the most valuable of Bitcoin’s spinoffs, is galloping, outperforming the likes of BTC and Bitcoin SV, and the coin is now lodged at fourth, adding an impressive 15% in the last 24 hours, pushing monthly gains to 75%.

It was an event-filled last week, and it seems like BCH bulls are taking advantage of positive developments to add to their positions ahead of halving.

Everyone knows it’s the Bitcoin halving in May.

Not everyone knows Bitcoin cash and bitcoin Sv will be halving before Bitcoin in April.

Having seen what litecoin did in 2019 can we expect the first wave of the next bull run to be catalysed by the side chains?

The most conspicuous of them all is the proposal of a Development Fund that will see miners donate 12.5% of their mined coins for development.

Compared with other protocols, Bitcoin and its derived networks don’t have a developer fund.

The proposal by Roger Ver and his team has therefore been received with miner disgruntlement. In the next few months, Bitcoin Cash will also halve and the amount of coins received by the successful miner will drop to 6.25 BCH.

If these rewards are slashed into 8 parts so that 12.5% or one out of the eight parts are set aside for miners, millions of dollars will be shelled on an annual basis to the Hong Kong-based corporation all for Free.

Developer Fund is Bad for BCH

Observers now say this, while it is for Bitcoin Cash’s best intentions, will eventually corrupt the network, heap sell pressure on BCH because coinbases will ultimately be sold to fund the BCH enterprise.

$BCH implementing a 12.5% miner's tax is hilarious and anyone not donating will have their blocks orphaned.
Literally a centralized totalitarian regime with a 51% attack threat.
"A Hong Kong corporation has been set up to legally accept and disperse funds"https://t.co/UsDIv2yEl4

Consequently, this will negatively impact BCH’s hash rate and it is likely that its computing power, which is already low, will fall in tandem.

Activation requires a hard fork such that miners fail to remit the 12.5% of their rewards won’t receive their rewards.

It is their view that this proposed “developer fee” is against Satoshi wishes and has no place in the Bitcoin Cash ecosystem.

Meanwhile, Bitcoin Cash has partnered with Mecon Cash in a deal that will see BCH withdrawals enabled at their M.Pay platform.

M.Pay has integrated with over 13,000 ATMs across South Korea. This announcement is in line with Bitcoin Cash’s ambition of being a true electronic cash.

Jo Jae Do, the chairman of Mecon Cash, said:

“Through our partnership with Bitcoin.com, we will grow the presence of Bitcoin Cash throughout the Korean market starting with the ATM withdrawal services. We have huge applications coming up where the close collaboration between Mecon Cash and Bitcoin.com will see positive synergies in the upcoming future not only in the Korean market but also the global market.”

The post Is Bitcoin Cash [BCH] Rallying Because of their Footprint in South Korea, New Developer Fund Proposal? appeared first on Coingape.

Just a quick weekend update for Bitcoin price following the break-down of the triangle we had pointed out two days ago, along with the significant key-support area of the 200-days moving average line. Two days […]

Due to the fact that it is an illiquid asset, Bitcoin’s day-to-day price movements are unpredictable. Just think back to late-October of last year, when the price of the leading cryptocurrency suddenly surged by 42 […]

Bitcoin, just as any other asset that’s being traded, goes through different market cycles. As we approach the end of 2019, which is also the end of the current decade, some industry experts seem to […]

3 Questions For The Fed

Daily FX Market Roundup 01.28.20 Kathy Lien, Managing Director Of FX Strategy For BK Asset Management After experiencing their largest one-day decline in months, stocks rebounded on Tuesday. While some investors may hope that the […]

Since January 1 of this new year, the has been on a one-way move higher. The index has been in a long-term channel since mid-2018 and finally broke below it in December, only to be […]

Tron (TRX) grows over 8% in a day as bulls target top 10 slot in the coming days. The spike follows the WIN airdrop announcement and spike in the Tron-based USDT to almost $1 billion […]

Gold top in the making with a weekly shooting star and weekly divergence. H&S in the making, or follow through below 1530 and 1440 support levels. Bulls will be looking for a discount is momentum […]