Gold stabilized Thursday’s pullback around the 20-day simple moving average (SMA) and near the March ascending trendline, raising some hopes that the bulls could soon fight back.

Although downside risks remain elevated as the momentum indicators maintain a downward direction, the Stochastics have reached a familiar support area, and the RSI seems to be consolidating above its 50 neutral mark, making an upside correction possible in the short-term.

A decisive close above the 1,900 number could boost the price towards January’s peak of 1,959, where any successful break higher would officially violate the broader negative pattern. If that is the case, the door would initially open for the key resistance territory of 1,990 – 2,000 and then for the crucial record top of 2,079.

Alternatively, should the supportive trendline collapse, the 23.6% Fibonacci of the 1,676 – 1,916 upleg could immediately come to the rescue. Deeper, the 200-day SMA and the channel’s broken upper line could build a stronger wall around 1,842, deterring any move towards the 38.2% Fibonacci of 1,825. A more aggressive sell-off could also reach the 50-day SMA and the 50% Fibonacci slightly beneath at 1,797.

In brief, gold is currently in neutral mode above an ascending trendline and below the 1,900 resistance level. Any violation at these borders could navigate the precious metal accordingly. 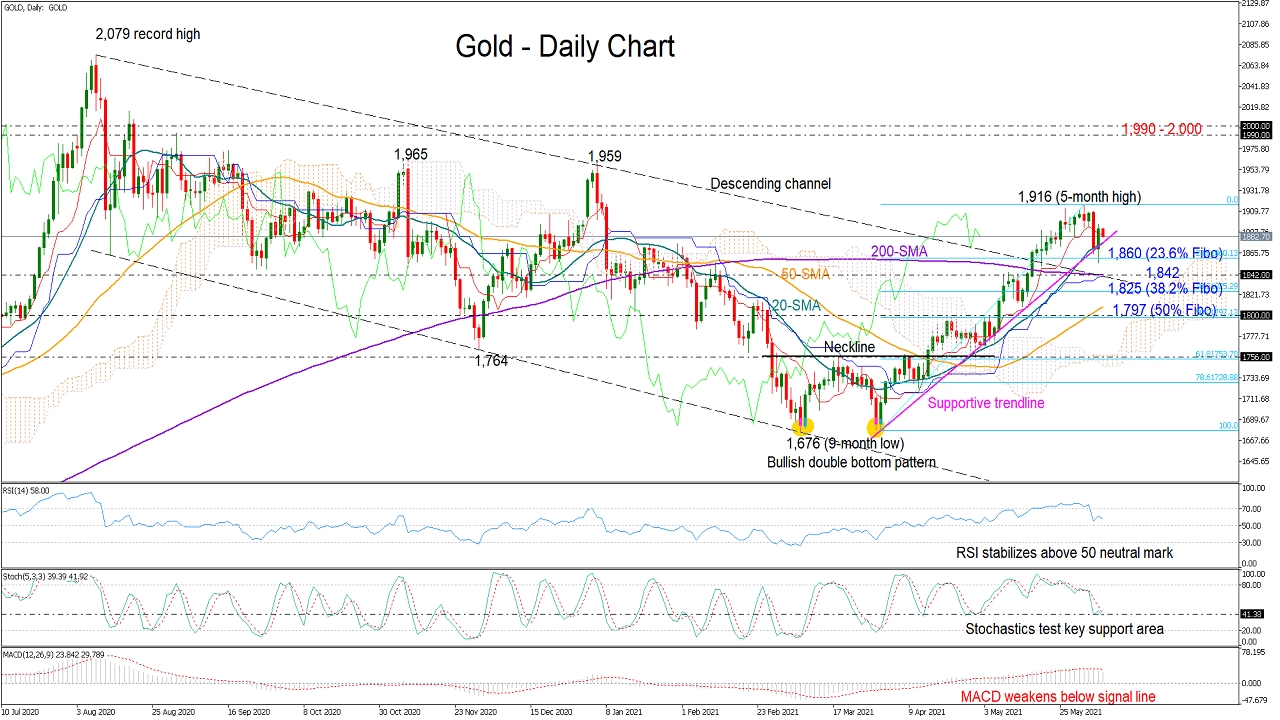 Week Ahead: Eyes On RBA And Fed Minutes Before Q2 Earnings Kick Off

Friday’s US NFP report was the highlight of the last week, but it certainly didn’t make anything clearer for traders…or policymakers. According to BLS estimates, the US economy added jobs in June, the best reading […]