Cautious demand for risky assets is returning to global markets after reassurances from Fed members, dampening inflation fears. Key indices in the US and beyond are clinging to a bullish trend. Last night we saw rising demand near important support levels, which remains in place on Friday morning. 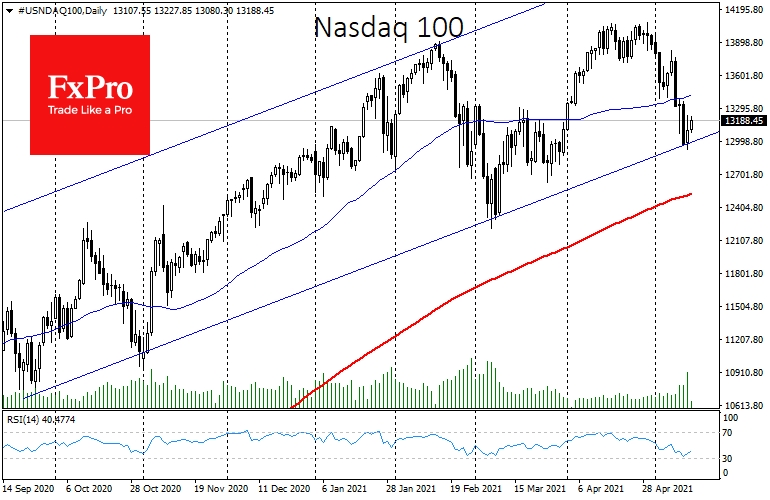 In turn, the ‘s recovery has stalled, and it is losing slightly this morning. Assurances of continued soft monetary policy and tolerance of higher inflation piles pressure on the dollar as markets will look for ways to preserve capital from depreciation due to .

As one would expect, Fed member Christopher Waller explained to markets that the surge was due to transitionary factors, tolerating recent price rises above the Fed’s 2% target. This fits in very nicely with the updated strategy formalising the tolerance of higher inflation after crises.

We previously talked about the temporary nature of inflation, pointing out that its driver was a surge in used car prices and transport services. While overall inflation figures may have spooked retail investors, funds and professional players used the drop to buy. 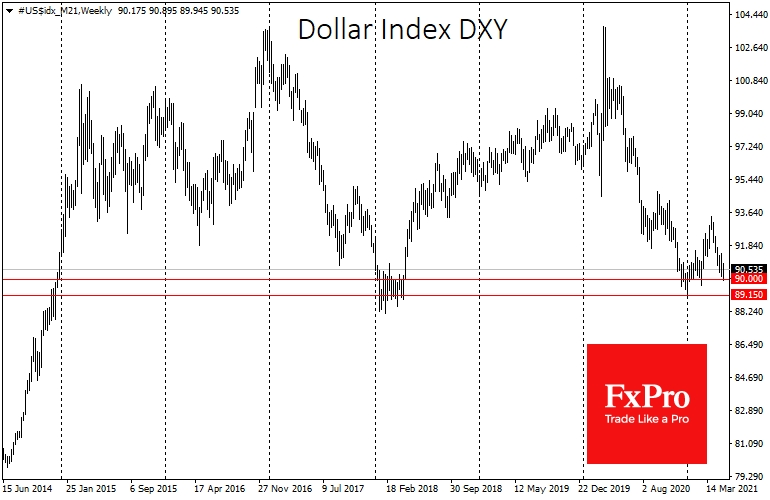 The DXY, the dollar index to a basket of the world’s six most popular currencies, is losing 0.2% to 90.50 on Friday but remains 0.5% above the lows of the week when the latest sell-off in equity markets kicked off.

On the technical analysis side, traders should look out for a retest of the 89-90 area in the coming days, this year’s low. A drop below would be the prologue for the next chapter of the dollar’s decline in the global trend that started in 2020, after the correction pullback in January-March. 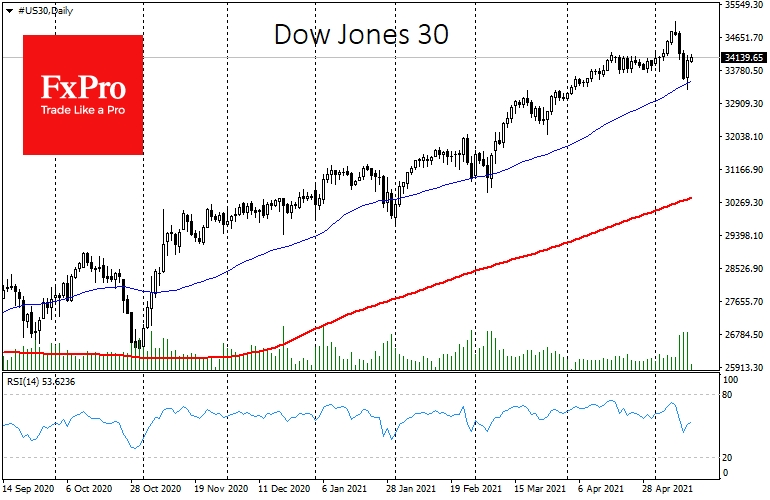 The technical picture in the stocks is bullish and in favour of a further dollar decline. Since September, the has received support from the Fed and buyers in the markets on the downside, supporting the uptrend channel in place.

The bullish sentiment of the markets is also indicated by the markedly increased trading volumes in equities yesterday. They were the highest since March, exceeding volumes during the sell-off earlier in the week. 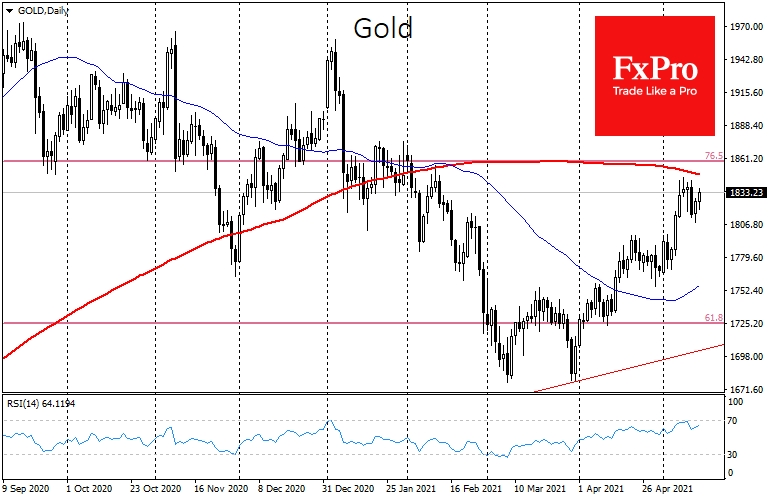 In commodities, and are worth looking at. Overcoming recent local highs at $1840 and $27.60 could further encourage bulls to buy.

Stock Trading for Beginners: The Fundamental Guide to Dominating the Stock Market

Price: STOCK TRADING: THE NO NONSENSE GUIDE TO GETTING STARTED WITH TRADING ON THE STOCK MARKET! Read on your PC, Mac, smart phone, tablet or Kindle device. Inside you will find everything you need in […]

Steve Hanke Says BTC’s Fundamental Value is Zero, But Is It?

The prominent economist – Steve Hanke – once again revealed his negative stance on bitcoin. According to him, the primary cryptocurrency is highly volatile, uncertain, and has a “fundamental value of zero.” Is BTC Really […]