Upcoming fantasy sports and NFT gaming platform, DeFi 11 has recently announced its public launch through an IDO route. This IDO comes as no surprise to those who have been apprised of the platform previously as the DeFi 11 team disclosed its roadmap for the near future.

Apart from Fantasy Sports, NFT gaming is also a large part of the team’s plans, with future developments expected to introduce peer-to-peer predictions, excising the need for an intermediary in player transactions. 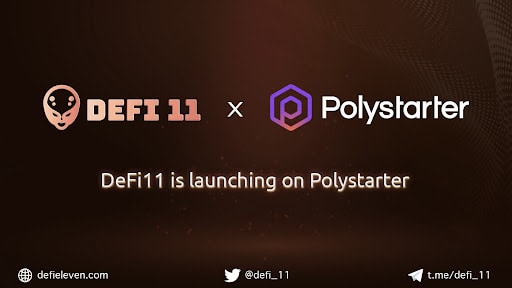 The upcoming Dex offering will be launching on Polygon’s native launchpad, Polystarter as well as Redkite. Polystarter is an especially good choice for the launch of the IDO. This alone brings forth a host of possibilities for new projects as Ethereum is a well-established network with a lot of positives. Separate from this, Polystarter is dedicated to giving all projects a fighting chance among the sea of new projects constantly being released. 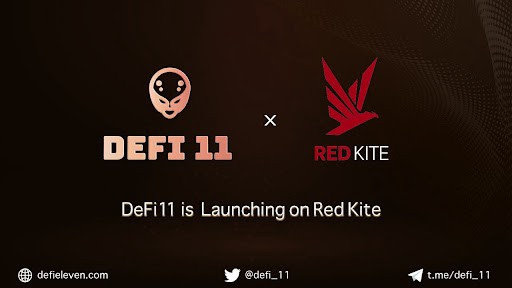 Redkite is similarly a well-known competitor based on PolkaFoundry that has managed to consistently punch above its weight. Supported by high-profile influencers, marketers, and communities, Redkite strives to give new projects unparalleled visibility. A thorough vetting process by the team also guarantees safety for investors and ensures that only the cream of the crop enters into the ecosystem.

The IDO is slated for launch on the 20th of September and more information can be found on the team’s official website and medium page.

Following the launch of the IDO, the DeFi 11 team has also announced that the token will be listed on Ascendex post one hour after IDO.

2022 also promises to bring even more progress according to the roadmap. P2P predictions, the NFT virtual world, governance token, and community-led expansion into other sports are all in the works.

DeFi 11 is a defi powered decentralized gaming ecosystem built on top of Matic Blockchain with Ethereum as the base layer. The platform aims to establish ethical standards in gaming by making the system transparent, auditable, and incentivizing. In this way, we are trying to bring more individuals to an already ripe gaming market that has been stifled due to a lack of innovation.

Dogecoin surged by 14% yesterday to all all-time highs after Oakland Athletics, a Major League Baseball (MLB) team, announced it would accept DOGE for selling pairs of plaza infield tickets. Only DOGE MLB is an […]

Popular crypto exchange FTX has announced support to some of the leading NFT projects on Solana ($SOL) in a cryptic tweet. The cryptic tweet in question featured silhouetted images of Degen Ape Academy, Aurora, Thugbirdz, […]

Philadelphia 76ers to launch NFTs after signing on Crypto.com as sponsors

NBA team Philadelphia 76ers have signed on crypto exchange and services business Crypto.com as official jersey sponsor, the teams announced in a release yesterday.  “Dream team in the making: Crypto.com and Sixers announce a multi-year […]