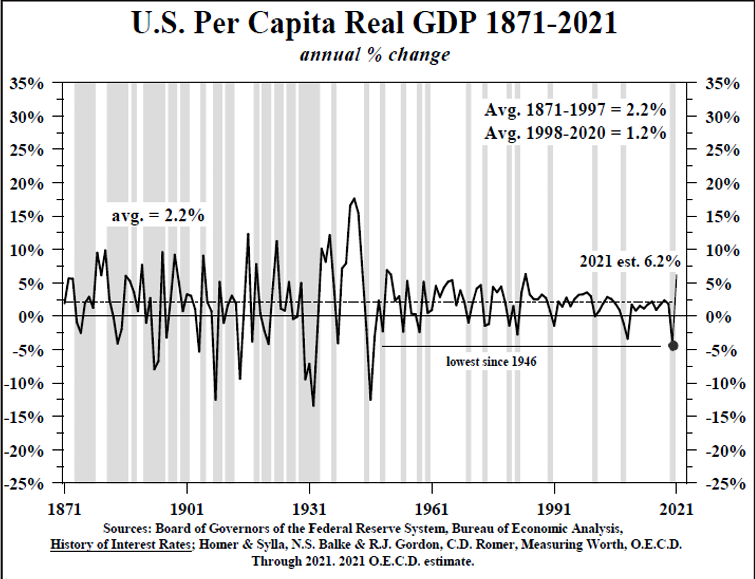 Lacy Hunt at Hoisington Management has some interesting thoughts regarding the inflation debate.

In its Quarterly Review and Outlook for the First Quarter of 2021, Lacy Hunt makes a case for decelerating inflation.

“Contrary to the conventional wisdom, disinflation is more likely than accelerating inflation. Since prices deflated in the second quarter of 2020, the annual inflation rate will move transitorily higher. Once these base effects are exhausted, cyclical, structural, and monetary considerations suggest that the inflation rate will moderate lower by year end and will undershoot the Fed Reserve’s target of 2%. The inflationary psychosis that has gripped the bond market will fade away in the face of such persistent disinflation.

“Five considerations suggest that such growth is not likely to lead to sustaining inflation.”

Lacy said 5. I added a 6th bullet point from his discussion, then added 2 more points of my own.

1. Inflation Is A lagging Indicator

As classified by the National Bureau of Economic Research. The low in inflation occurred after all of the past four recessions, with an average lag of almost 15 quarters from the end of the recessions. (Table 1 Inflation Troughs Below)

2. Productivity Rebounds In Recoveries And Vigorously So In The Aftermath Of Deep Recessions

3. Restoration Of Supply Chains Will Be Disinflationary

Supply chains were badly disrupted by the pandemic. Low-cost producers in Asia and elsewhere were unable to deliver as much product into the United States and other relatively higher cost countries.

This allowed U.S. producers to gain market share. As immunizations increase, supply chains will be gradually restored. Thus, the pandemic cost the low-cost producers market share which was shifted to domestic producers.

Another restraint on inflation is that the pandemic greatly accelerated the implementation of inventions that were in the pipeline. Necessity is the mother of invention, as has been demonstrated in earlier crisis situations like wars.

Thus, the technology du jour is not the same as the technology of a year ago. This will also serve to act as a restraint on . Much of the technology substitutes machines for people, communication without travel, and work without offices.

5. Eye Popping Economic Growth Numbers, Based On GDP In Present Circumstances, Greatly Overstate The Presumed Significance Of Their Result

This is where the fallacy of the broken glass comes into play. Many businesses failed in the recession of 2020, much more so than normal. As survivors and new firms take over their markets, this will be reflected in GDP, but the costs of the failures will not be deducted.

Both having worsened as a consequence of 2020. 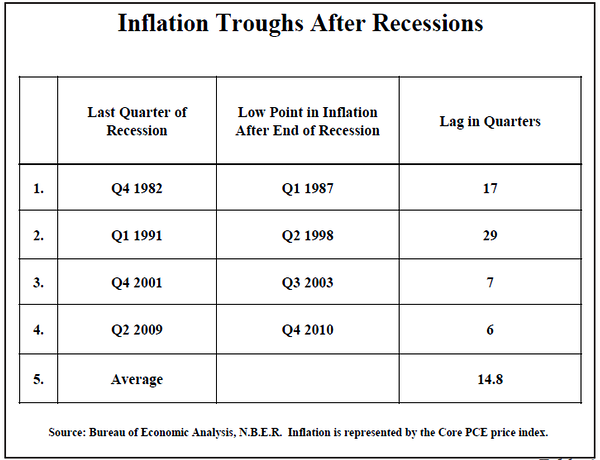 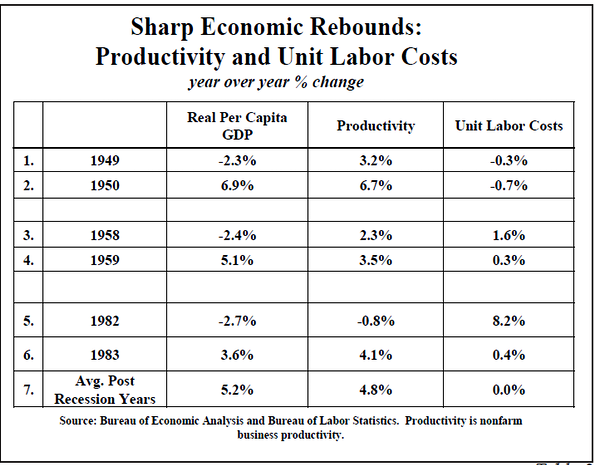 Lacy is talking about “inflation” as measured by the BLS. I am in 100% agreement with every point. Thus, I expect bond yields to soon peak if they have not done so already.

The above viewpoint is not incompatible with my March 12 post Inflation is Poised to Soar, 3% by June is “Almost Certain”

Year-over-year comparisons produce very large numbers, up and down, heading in and out of recessions.

“It’s not that inflation will be rampant. Rather, it’s the impact of year-over-year comparisons, goosed by a huge Covid-related dip in energy prices in April and May of 2020.”

The rationale is the same.

Hello Fed, Inflation Is Rampant And Obvious, Why Can’t You See It?

I stand by that measure of inflation and it’s out of control.

The Fed blew another set of bubbles and did so on purpose.

Lacy came up with six excellent reasons to expect lower inflation. To those we can easily add two more.

The expansion of bubbles is highly inflationary and popping is the reverse. Please note the

What happened in 2000 and 2007? I think you know the answer to that question. Bubbles inevitably pop and the result, by definition, is not inflationary.

Tax hikes are hugely disinflationary. Look at where we are headed.

Not all of those tax hikes will pass but some of them will. Biden wants to increase the corporate tax rate to 28% from 21%. Look for a compromise at 25% or so. Progressives want huge tax hikes, via reconciliation, some of them will get through.

These tax hikes are very recessionary and disinflationary.

That’s not a big inducement to higher inflation either.

Add it all up and you have 8 reasons to expect inflation will soon peak.

Gold Gears Up for Big Test with Inflation, Powell

Gold Talking Points: Gold has been range-bound of recent, following a bounce in the first week of July. That early-July bounce was in response to a really aggressive sell-off in June, marking the worst month […]

Powell Says Rates Will Not Rise On Inflation Fears Alone

The continued to slide against most of its major peers, while equities edged north yesterday and today in Asia, as Fed Chair Powell that they will not raise interest rates pre-emptively solely due to fears […]