How many times have you heard the saying: “Don’t fight the Fed?”

Over the course of the last month, the Fed has taken very aggressive actions to help fight off the economic effects of the coronavirus. Some of which include:

Well, today the Fed took it up a notch and is throwing even more money at the markets to make sure everyone is secure, including small businesses and municipalities, as well as, expanding Term Asset-Backed Securities Loan Facility, or TALF. The initiative is aimed at spuring consumer credit lending. Today, the Fed is doing the following:

On this announcement, stocks continued their relentless bid higher and the U.S. dollar sold off. Markets are blowing off the additional released today (and the previous two weeks total of nearly 10 million initial jobless claims), ignoring the various expectations we have been seeing for Q1 and Q2 GDP of down 5% to down 40%, and laughing at companies who are removing their 2020 outlooks because of the effects of the coronavirus, such as GE this morning. Why? Because the Fed has the markets’ backs! 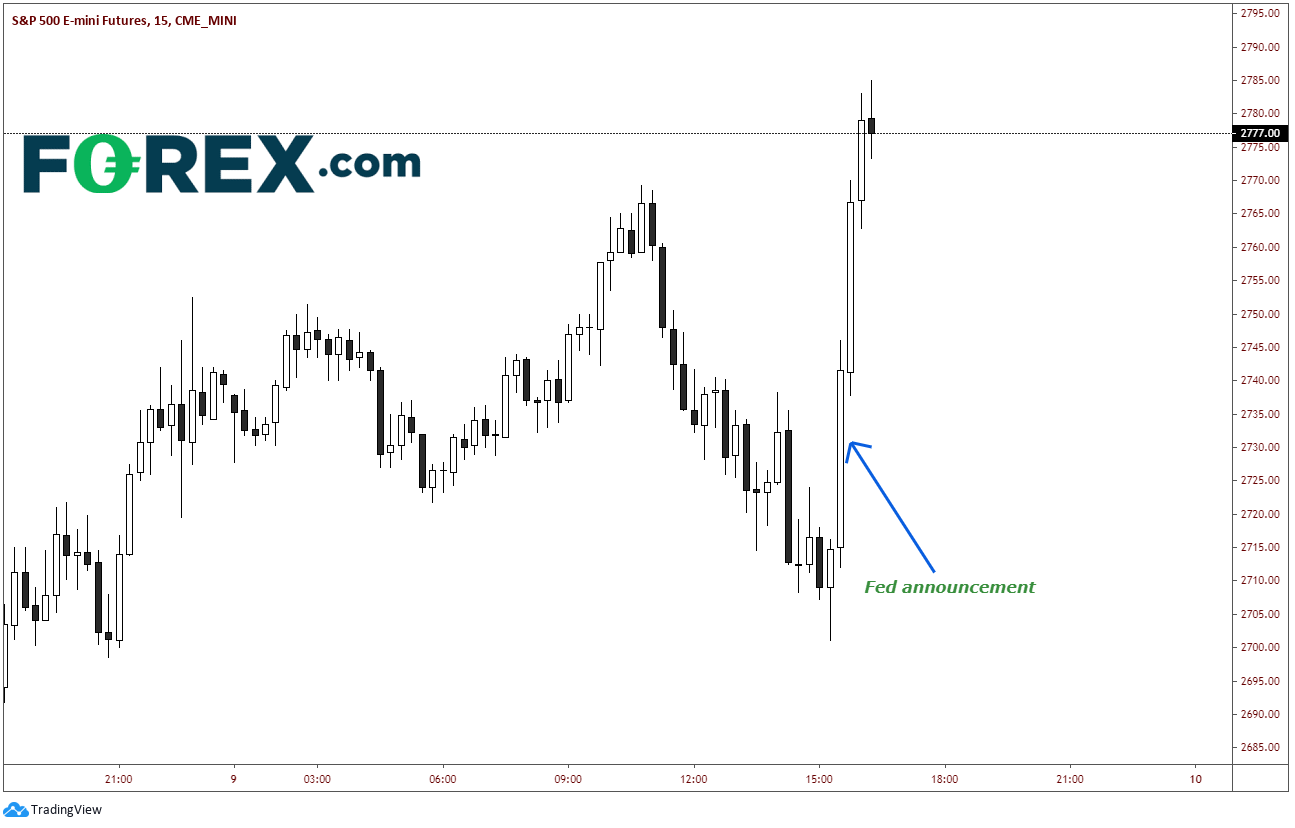 In addition, the high from the move is near the same level as the 50% retracement from the Feb. 20 highs to the March 23 lows. So, although things have not gotten better surrounding the economic impact of the coronavirus, the markets are aware that it doesn’t matter. If things get worse, the Fed will be there to make sure everything is OK. 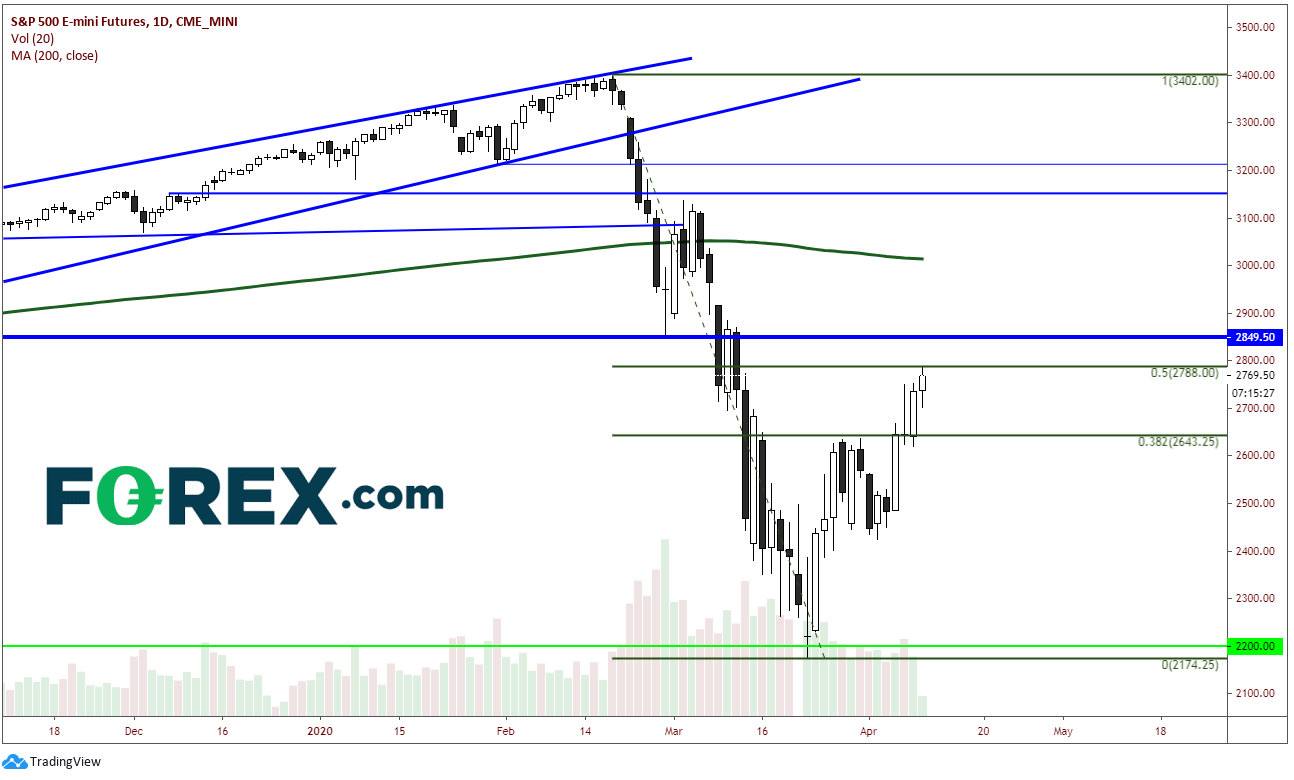 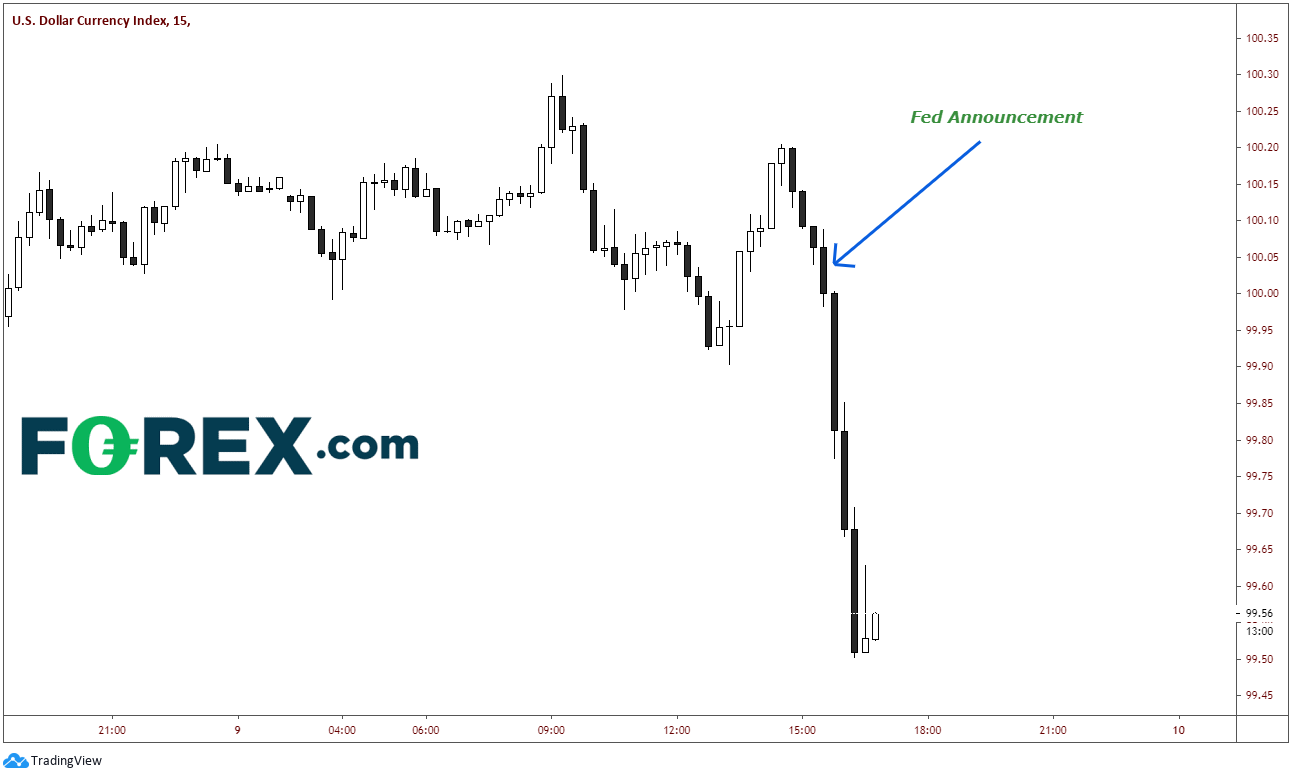 If there is a pickup in demand, as we saw in March (the Flight to Safety trade), price may bounce. Until then, DXY has room to trade back down to the 200-Day Moving Average and lows from March 27 near 98.25. 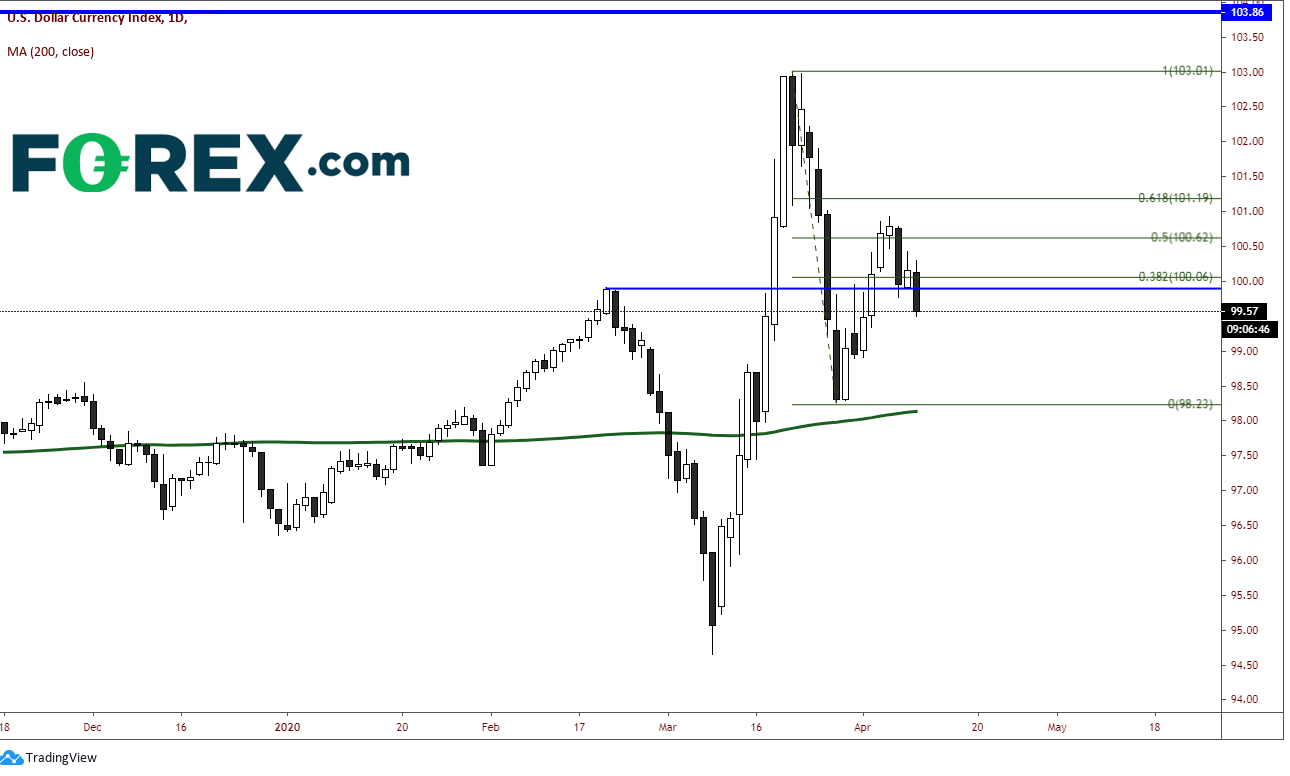 One thing is for sure – no matter how many times traders hear “Don’t fight the Fed,” there will always be those that go against them. Although stocks could go lower and the may move higher from here, the Fed has made its point. It will not let the U.S. economy fall off the cliff.

Will Fed, Trump Save U.S. Economy And Sink Gold?

The Trump administration will seek an additional $250 billion to support small businesses hurt by the widespread economic shutdown and slowdown. Will the government and the Fed save the U.S. economy? What would be the […]

DXY Above 100 as USD Surges Despite Fed Action