Positivity in Asia overnight looks set to spill into Europe, with European bourses pointing to a higher start on the open. The upbeat mood in the market comes after BoJ action and amid an increased focus on the easing of lock down measures, globally, which is overshadowing weaker prices and signs that Chinese factories aren’t ramping up as quickly as anticipated.

As central bank spending spree continued, acted in line with expectations by pledging to buy unlimited amounts of government bonds, scrapping the 80 trillion yen per year target. It also eased restrictions on the type of debt that could qualify.

The move by the BoJ comes ahead of the and later in the week. Whilst the Fed is not expected to take any more action after throwing pretty much everything, including the kitchen sink at the coronvirus crisis; the ECB is expected to raise the size of its emergency bond buying package and keep pressing for sizeable fiscal stimulus.

Last week the solidarity of the Eurogroup was called into question following the European Council’s failure to deliver an ambitious unified response to the region’s economic crisis.

Attention is increasingly turning to how and the rate at which countries are easing lock down measures, which is underpinning the upbeat mood. In the US another wave of states are preparing to ease coronavirus restrictions. With fears rising that unemployment could hit 16%, the market is focusing on the benefits of reopening the economy, rather than the concerns of a second wave of infection if measures are eased too soon.

News that Boris Johnson is back, taking the reins in Downing Street is boosting sentiment and the pound at the start of the week. Expectations are for a pickup in momentum surrounding the UK exit strategy. Reports that some lock down restrictions could be lifted prior to 7th May is just the kind of good news that the pound needs after last week’s PMI and retail sales horror show. The record low PMI reading for April, combined with the fastest pace of decline in retail sales on record resulted in the Pound shedding 1% against the dollar last week. is recouping those losses up 0.5% as the new week kicks off.

Oil was a key driver of sentiment in the previous week. As the price of oil tanked or rallied trader sentiment followed suit. However, this isn’t the case at the start of the week as oil slumps over 11% in early trade as over supply fears persist. Whilst supply remains greater than demand oil prices will remain under pressure. The bottom line is that output needs to drop at a faster rate to compensate for the demand destruction that the coronavirus brought along. Until that happens, or demand picks up oil prices will remain depressed. 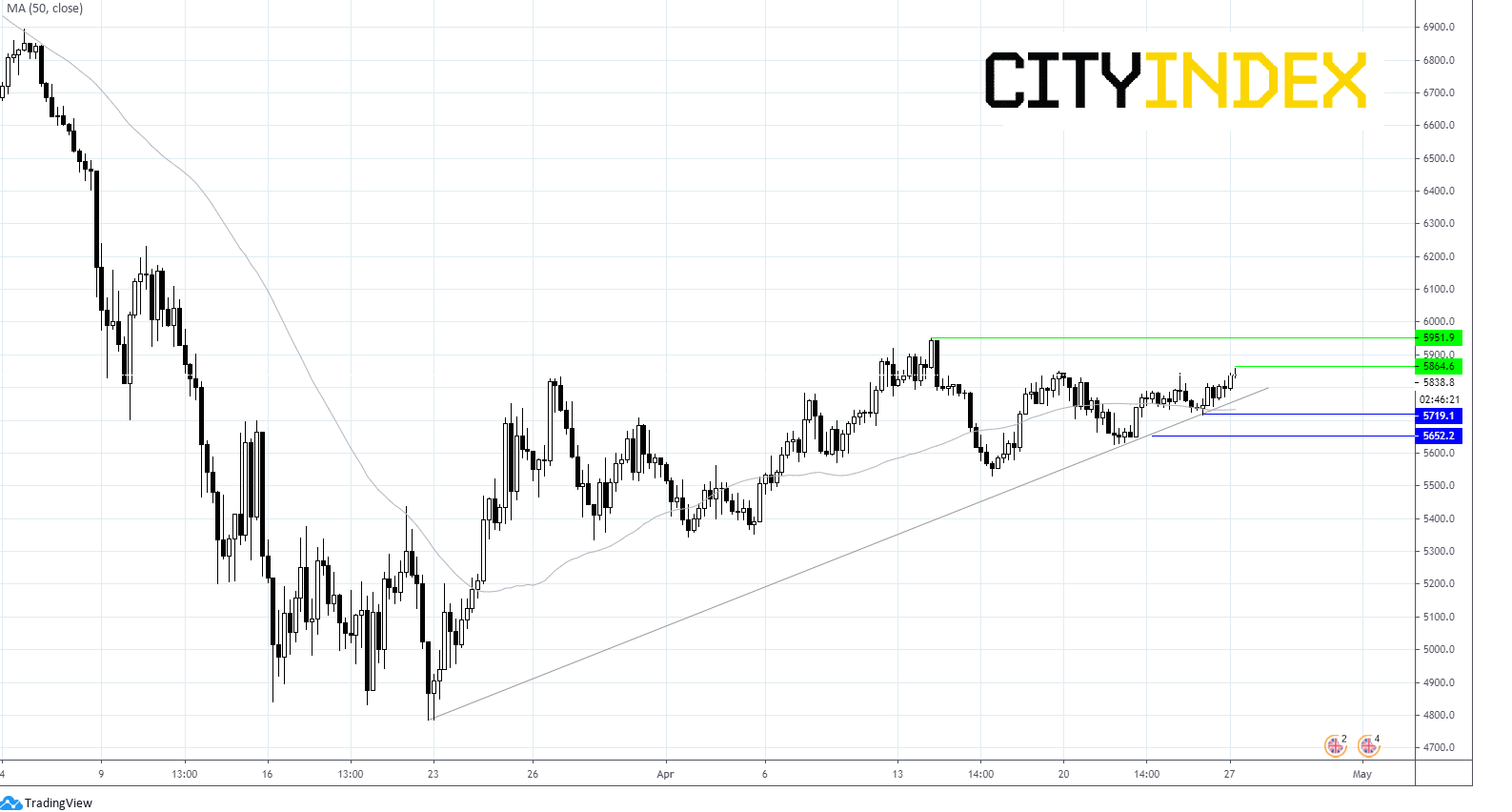 Risk-off sentiment may be here to stay for some time. Is it time to buy gold at the dip? Business confidence may get hurt if oil stays above 70 for some time prices jumped while […]

Do You Make These Pullback Trading Mistakes?

There is a saying that I love to keep in mind within the world of being your own boss and working from home. “$500 a day keeps the day job away”. Thanks for the power […]

Retail and institutional investors flock to Bitcoin as concerns grow about the ramifications of current monetary policies by central banks around the world. Despite the high levels of demand, there is a significant barrier ahead […]