Cardano has been trading relatively sideways for the past four days consolidating from its 2020-high at $0.183. The digital asset seems to be ready for a massive price move as bears and bulls continue fighting.

Cardano is on the verge of a huge move, but in which direction?

It seems that Cardano has formed an ascending triangle pattern on the 4-hour chart which is extremely close to a breakout or breakdown. So far, the bulls have defended the 50-SMA as support which means they are strong. 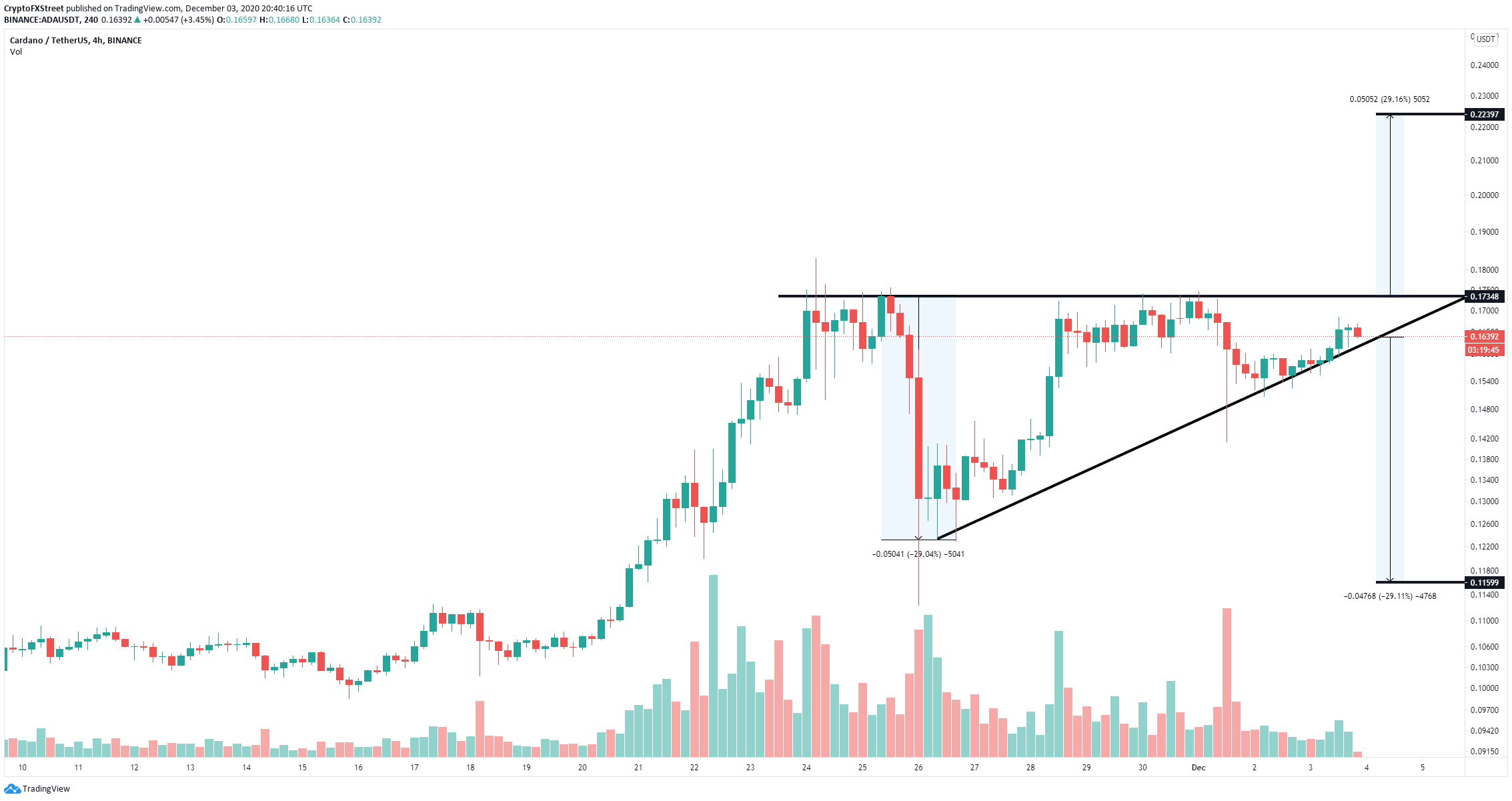 The In/Out of the Money Around Price chart (IOMAP) only shows one significant resistance area between $0.164 and $0.168, but the upper trendline of the pattern is at $0.173. This seems to indicate that climbing above $0.168 can quickly drive Cardano price to the upper boundary of the triangle and break out easily, targeting $0.223.

On the other hand, the same chart also shows very little support on the way down and the current Cardano price at $0.163 is close to the lower boundary of the pattern. A breakdown below this point can push ADA price towards $0.115 in the long-term.

Bitcoin and crypto markets are bleeding out this Friday morning as the selloff which initiated on Thursday, January 21, has continued with fervor into the Asian trading session. Bitcoin has shed a whopping $6,500 since […]

US Dollar Price Action Talking Points: There’s now less than two weeks until the end of 2020, which was a brutal period for the US Dollar. Do USD bulls have any hope for 2021? The […]

• This day has been nothing short of exciting for the cryptocurrency markets. In fact, it has been a wild ride for all markets, and that’s to be expected – after all, the 2020 US […]