The Canadian dollar is almost unchanged on Wednesday. In the European session, is trading at 1.2181, down 0.05% on the day.

This tranquil scene could change drastically later in the day, with two key events on the calendar. Canada will release May (12:30 GMT). This will be followed by the FOMC policy (15:00 GMT). Either of these events are potential market-movers which could shake up the sleepy Canadian dollar.

Inflation has been the buzz word recent weeks, as the reopening of major economies has led to stronger economic activity and higher inflation. This has been the case in the US over the past two months, and earlier today, UK jumped to 2.1%, above the BoE’s target of 2 per cent.

In Canada, inflation is also running high. May CPI is expected to rise 0.4% CPI and 3.5% y/y, well above the BoC’s target of 2%. The central bank has already tapered its QE programme, and if CPI remains at high levels, it may have to consider a rate hike to rein in inflation.

The CPI inflation release will be followed by the FOMC policy meeting. Policymakers are not expected to make any adjustments to monetary policy, but the strong recovery and higher inflation have raised expectations that the Fed is becoming open to the idea of tapering its massive stimulus programme. The messsage from the FOMC could have a significant impact on the US dollar. If the Fed adheres to its ultra-loose stance, the greenback could retreat. However, any acknowledgments that taper talks could be on the table would likely lift USD/CAD past the 1.22 level. 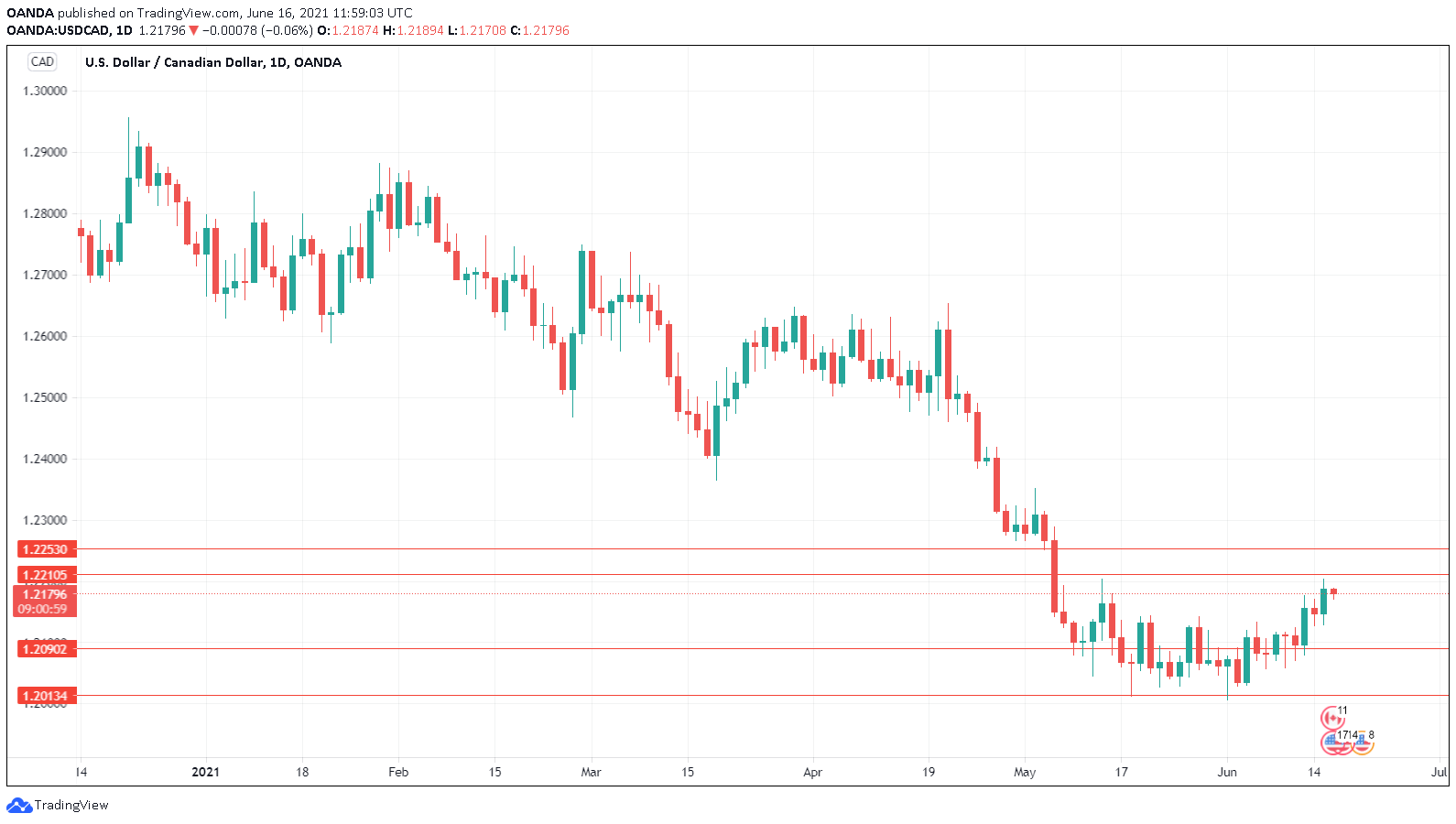 Dollar To Continue Its Bullish Run As Fed Signals Tightening

The has been on fire since last Thursday, extending gains one day after an unexpected shift in the Federal Reserve’s inflation and interest-rate outlook, and raising doubts about the earlier consensus view for a weaker […]

The overnight session saw some wide ranges in both the and the major currencies, as quarter and month-end flows dominated. With the Biden infrastructure package passing without incident on the US bond market, the US […]

US Dollar in Neutral, GBP/USD The Largest Bull Bet