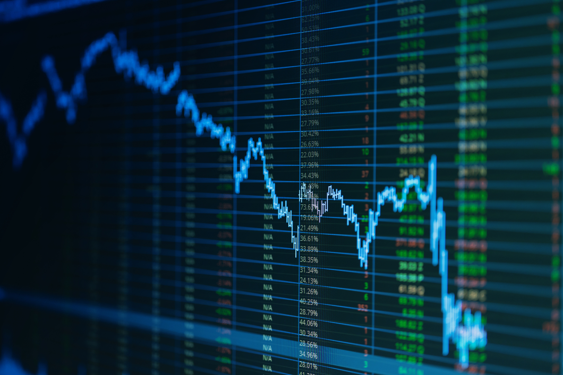 Believe it or not, historic events have shaped and had
an impact in the global economy with the currency market, having the biggest
impact of all. A currency’s value is a basic fundamental component of a
country’s wealth that allows the purchase of goods, especially nowadays.
Today we go through the Top10 historical events that changed the global economy
up until now. Let’s unfold!

1.
Nixon Shock
Up until 1971, the Bretton Woods system was created to stabilise economies
during and after the period of the two world wars. This agreement was
terminated in 1971 by President Nixon leading the US dollar to become a
free-floating currency. This was called “The Nixon shock” managed to change the
currency market forever. With the dollar and pound now floating free, and other
currencies to follow, the price of all the major currencies changed instantly.

2. Middle East Oil crisis
In 1973, Middle Eastern states placed an embargo on oil trade which disabled
the oil trading leading economies into crisis. This has almost caused the GBP
to collapse in the pound but manage to recover due to government intervention.

3. Asian financial crisis
Financial contagion in 1997 led to fears of an economic meltdown in Asia, which
could have in turn led to a worldwide economic meltdown. The crisis started in
Thailand, with an accumulation of foreign debt, leading Thailand almost to
bankruptcy.

The crisis led to the collapse of the Thai baht. Urgent measures were put in
place to save this important currency.

4. China’s Undervalued Yuan
Between 1995 and 2005, China kept the renminbi stable at around 8.2 per dollar,
allowing its exports to gain momentum from what trading partners described as
“a currency that was unfairly suppressed and undervalued”. China responded in
2005 to the rising chorus of complaints from the United States allowing its
currency to appreciate steadily, from over 8.2 RMB to about 6 RMB per dollar
within 8 years.

5. Japanese Yen’s Gyrations
Japan’s policy of zero interest rates favoured traders who borrowed Yen for
next to nothing and invested in higher yielding overseas assets. But with the
Economic crisis taking place in 2008, the Yen began appreciating by more than
25% against the U.S. Dollar and investors bought the currency at a quick pace
to repay yen-denominated loans. Then in 2013, Prime Minister Shinzo Abe
implemented monetary and fiscal stimulus plans that led to a 16% fall of the
currency.

6. Gulf War
The Gulf War in 1991 had a big impact on Iraq’s economy. This was caused due to
the fact that the UN placed sanctions on the country which had the intended
effects on Iraq’s financial system.

7. The Iraq War
The Iraq War started by the US in 2003, may have had its own hidden economic
cause. A theory behind this war was because Iraq had started trading oil in
Euros instead of Dollars and the country was benefiting from this change
leading the US economy to suffer.

8. European debt crisis
The Eurozone’s biggest crisis came in 2008 as countries had been bailed out of
debt, leading to extensive recession and economic collapse. The fallout led to
a range of new regulations, changing the Eurozone’s financial system. Countries
like Greece and Spain were two of the countries who suffered the most up until
now.

9. Russian financial crisis
The collapse in the ruble includes plummeting oil prices and economic
sanctions; an indication in which external factors (i.e: commodities and
politics) can also affect a country’s economy.

Now as we come to the end of this shocking countdown, there’s no doubt that
these historical events have changed today’s economy. Therefore, stay ahead of
news and keep your eye out for the upcoming economic events for any potential
trading opportunities with InvestMarkets.
Invest in yourself. See our forex education hub.

In this introduction to Institutional trading, I explain how the banks trade the forex market. There are many ways the banks, Institutions or as Richard Wyckoff would refer to them, “The Composite Man” enter and […]

These are my Top 5 common mistakes stock traders make. Learning these 5 tips will help you to gain success in your trading journey. 📈✅ Spreadsheet Documents – https://drive.google.com/drive/folders/1nUn2GBaObIYlZnkTU2Js-T3kh81bDzJH?usp=sharing Get 3 FREE Webull Stocks (WAYYY […]